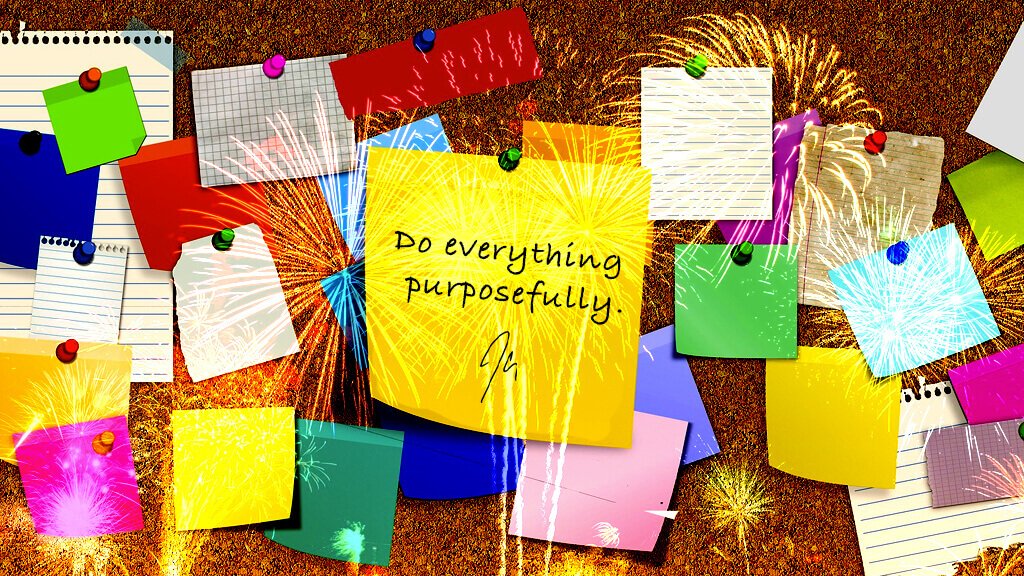 This Will Absolutely Help You Achieve Your New Year’s Resolution

If you aren’t setting a New Year’s Resolution this year, you may want to reconsider.

According to Finder, 74% of the US population say they are determined to make positive changes this year.

What does this mean for you?

This means that whether your goal is health, wealth, love, faith, career, or any other thing you want more of in your life, you will have access to a large number of active accountability partners and motivational influences (188.9 million adult Americans).

You will be completely immersed in this “let’s get it” energy. Well at least for the first two weeks of the year. 😁

But don’t worry. Two weeks, not willpower, is all that you will need.

By following the steps outlined in this article, you’ll be on course to not only achieve your new year’s resolution by the end of the year, but you’ll also have learned the secret to achieving any goal at any time.

Are you ready to achieve your definite chief aim?

1. Know What You Want, Truly

You say you know what you want, but do you really?

Each one of your wants is based on your beliefs. For example, if you believe that having more money will make you happy, then you will want more money.

This seems logical, but what happens when your beliefs are wrong?

Really think about this. You feel that you know what you know. But the fact that you have a want means you don’t know how to have it yet, or else you would have it already.

A part of you even believes that you can’t have it, which is also why you don’t already have it.

It’s important to accept that what you believe may not be totally true. The good thing about this is that by letting go of these limiting beliefs, you make room for new ones that align with what you want.

So how can you ever find out what you truly want?

To find out what you truly want behind your new year’s resolution, treat yourself like a 3-year-old, and play the Why Game.

As an example, I’m going to do this with one of my goals.

One of my goals this year is to sell 1,000 copies of the special-edition version of my album that I’ll be announcing in January.

3-year-old JClay: Why do you want that?

Right-now JClay: Because I’ll have enough money to release more music and videos at a faster rate to impact more people?

Right-now JClay: Because I love making music and helping people. And the more people I help, the better the world becomes, and the more I’ll believe that help is always available for all including myself.

3-year-old JClay: Why don’t you already believe that help is always available now?

Right-now JClay: 😬 Because I haven’t always helped when I was able to?

3-year-old JClay: So selling the special-edition version of your album will atone for you not helping people?

Right-now JClay: How are you asking these deep questions and you’re 3 years old? But I guess so. This is my way of giving back and giving forward. By planting the seeds of peace and love in all that surrounds me, it’s trees will grow and I will be in the center of its beautiful garden.

3-year-old JClay: So you’re being selfish?

Right-now JClay: Yes and no. Yes, because I want the best for myself. No, because in order to have all, I must give all to others, which goes against the definition of selfishness.

3-year-old JClay: No further questions. I’m proud to be you one day.

😮 As you can see, the Why Game is pretty powerful if you are willing to truly look at yourself.

The above was not planned and these were real questions and answers.

I’ve done this before and in some cases, you may find that you don’t really want the goal. What you want is something deeper, which is its own goal.

Doing this step of figuring out what you truly want will save you from achieving meaningless goals.

2. Write down your new year’s resolution this particular way

Writing down your new year’s resolution helps you to make it real or “realize” it.

When you write something down, it goes through many channels. First, it starts with your underlying emotion. Next, that emotion becomes thought. That thought is then given its symbolic equivalent in the form of words. Finally, those words are recorded on something physical.

The above is a good example of why you shouldn’t be loose with your words. You could be making something real in your life that has no business being there.

When writing your new year’s resolution, it’s important to avoid future tense. Doing so eliminates the separation between you and what you want.

For example, a future tense new year’s resolution could be, “By the end of this year I’ll have at least $750,000 among all of my bank accounts.”

A present tense new year’s resolution to achieve the same could be, “I have access to over $750,000 to help me improve my lifestyle and achieve my goals.”

Let’s look at the difference between the two.

In the future tense version, a likely question is, “How am I going to do that?” And depending on how much money you’re currently making, a hint of doubt may surface, which brings your thoughts further away from what you want.

In the present tense version, a likely question would be, “If I have access to it, then where is it?” Your mind has already accepted the possibility of having access to it and it’s now formulating where and how to get it.

You can use this technique no matter what your new year’s resolution is and best of all, you don’t even have to come up with it yourself.

Just use the formula “present tense {topic} affirmations” to google what you need.

For example, using that formula with money, you would google, “present tense money affirmations”. From the list of websites on Google, they’ll be plenty of affirmations to choose from.

What? Then how will I achieve it?

Think about everything you currently have right now that you know for sure isn’t going anywhere. You’re not worried about it at all. It’s yours!

Or, you’re not worried about it because it could be easily replaced with something just as valuable.

Treat your goals the same way. You already set your intention. Show faith in that by knowing that it will come to fruition.

When you send an email, you don’t normally wait in front of the computer all day for a confirmation that it reached its destination. You go about your day and trust that it’s received knowing that if it isn’t, you’ll receive notification and you can just send another email afterward.

Again, treat your goals the same way. Let nature happen. If the best employees in the world are those that aren’t micromanaged, then why micromanage your goals? Believe that they will happen and they will.

Even though I’m telling you to forget your new year’s resolution, it’s still important that you wrote it down first.

This next still will make it all make sense.

4. Focus on the habits, not the goal

As James Clear, author of Atomic Habits says, “Problem #1: Winners and losers have the same goals.”

Goals are one moment in time. Habits are all the time.

If your goal is to be happy, wouldn’t you rather be happy all the time instead of just one moment in time?

Almost every goal that you want to accomplish has already been accomplished by someone. Even better, that person is happy to share his or her experience of how the goal was achieved.

In many cases, the achievement wasn’t even the goal. It was simply the effects caused by the habits of the person.

Speaking of happiness, I’ve been practicing the art of letting go. My song Let Go wasn’t just for you, it has also helped me tremendously.

One of the effects of letting go is happiness. The reason is that there’s never a reason to hold on to anything that causes discomfort.

If someone cuts you off in traffic and it angers you, why hold on to the thought that the person cut you off? There was no accident, you’re closer to your destination, and it’s not happening anymore right now.

You can become so good at letting things go that nothing would ever matter again. Every moment will be filled with endless opportunities to experience joy because there is no judgment of the moment to tell you otherwise.

With whatever goal you’re aiming for, list out the habits that will allow you to live that lifestyle.

Google can also help you with this. Just search “habits of {types of people}”. For example, “habits of successful people”. 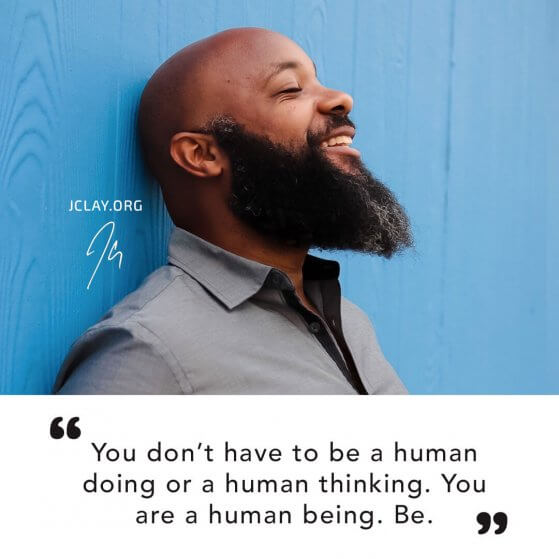 By focusing on the habits you will already be the person you want to be.

In a very short time, no one will ever remember how you were before. They will be dominated by your “presence”.

You can also use this technique for habits that you do not want. Make a list of alternative habits that you’ll start doing instead of the unwanted ones. Then be the person that does these habits.

Start easy though. If you haven’t run in years, don’t start off by running a marathon. Start off walking. It’s more important to solidify the habit itself than to try it and stop doing it completely because it was too challenging.

The book I mentioned above, Atomic Habits, is a great guide to making lasting wanted habits.

So be who you were meant to be. Be who you are. Be you.

Congratulations! You’ve just achieved your new year’s resolution. It’s as good as done. You no longer have to worry about it.

You have also outlined an impressive lifestyle for you to start living right now. Live it.

Don’t look back. Enjoy it always in all ways.